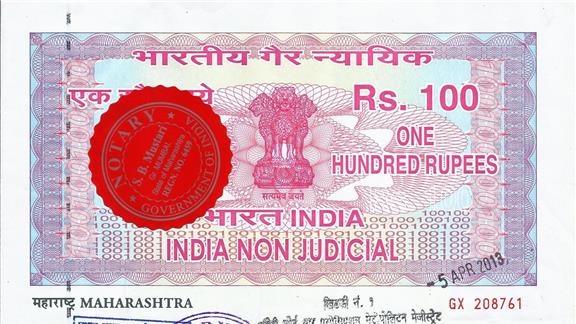 In Hinduism, there are four types of puruṣārtha [(Sanskrit : पुरुषार्थ) refers to a goal, end or aim of human existence] http://en.wikipedia.org/wiki/Purusharthas

Being Hindu (Brahmin) by religion, he strongly believes in one such purushartha called as Dharmarth: "(religious, social and/or moral) righteousness, both spiritual and ritual".

On above background, on 11th April, 2013 at Siddharth Nagar, Goregaon (West), Mumbai, Dinesh Upadhyaya made his unique legal will which is supposed to be shortest legal will forever.

Dinesh Upadhyaya's shortest legal will is made from a single ‘Sanskrit’ word ‘धर्मार्थ’ (Dharmarth) consist of only three letters.

As per Dinesh’s wish, he wants to donate all his belongings for charity purpose after his death as he is still unmarried.

RecordSetter is the new home of world records, with over 43,000 records set. What are you the world's best at?

By clicking “Create Account“, you agree that you've read and understand the Terms of Use. Your email address will always be kept private.