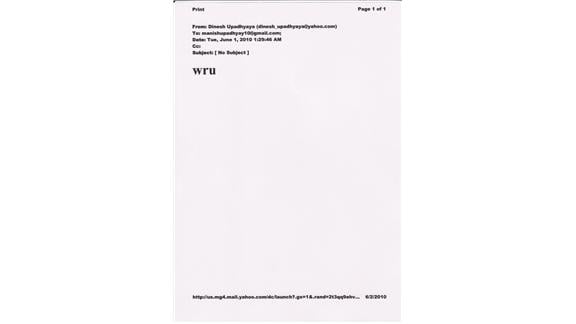 2) Meaning of E-Mail content ‘Diu’ was that Manish Shivnath Upadhyay answered to my E-Mail content that he was arrived at Diu, a well known city of union territory Daman & Diu (India) at that particular time.

On Wednesday, September 1, 2010 I posted complete details regarding this record on my website dineshupadhyaya.blogspot.com

RecordSetter is the new home of world records, with over 43,000 records set. What are you the world's best at?

By clicking “Create Account“, you agree that you've read and understand the Terms of Use. Your email address will always be kept private.