Fastest Time To Walk Around A Toyota Prius On Hands

"HAND-TASTIC!" Chris Grabher walked around a Toyota Prius on his hands in 14.09 seconds, a new world record. Grabher's record was one of 206 set in a 48-hour window as part of the Toyota Prius Records project. Most Seasonal Sweaters Worn At Once In A Prius 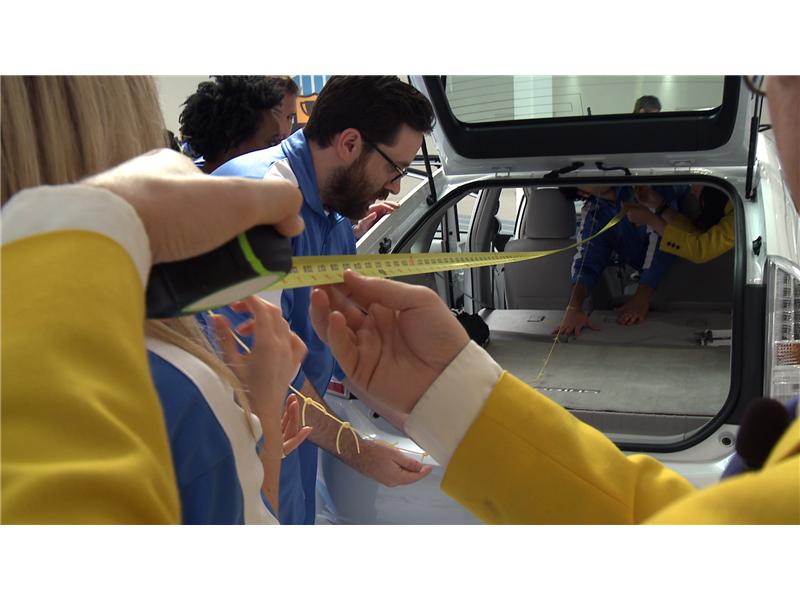 LADY AND THE TRAMP: Two friends suspended a piece of pasta 12.5 feet long between their mouths, while one of them sat in a Toyota Prius. This new world record was part of the Toyota Prius Records project.

Fastest Time To Recite 100 Digits Of Pi In A Prius

Most Spoons Applied To Ones Face In A Prius

Longest Table-Tennis Rally In A Prius

Most Thumbwrestling Matches In A Prius

Toyota wants you to be safe when setting and breaking records. Never perform a record in a moving vehicle.